Over the last two months iDrop has received rave reviews. It’s been the #1 trick at PropDog (UK) since its release and a hot contender for ‘Trick of the Year’!

After so much work developing and finally releasing this trick, we really appreciate the time these people have taken to share the good word about it.

If you’re in Australia and keen to get your own iDrop, check out the Tim Ellis Magic Shop here, or if you’re overseas, grab one now direct from Vanishing Inc. 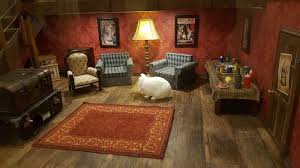 MUST VISIT: The Magic Manor

I have just returned from what is, without a doubt, the BEST permanent magic attraction in Australia. In fact, it ranks right up there with the very best in the world. MAGIC MANOR is located in the A

Tim Ellis has made over 150 appearances on TV ranging from his own 80 minute showcase on Eun Gyeol Lee’s ‘Storytelling Magic Show’ in Korea, and an entire episode dedicated to fooli

From the vault – when magic goes wrong!

You won’t believe what this audience volunteer does! During the show ELLIS IN WONDERLAND (at The Melbourne Magic Festival 2009) there was a scene where a volunteer from the audience was chosen t