Tim has just returned from performing at The Noumea International Festival of Magic – and it was fantastic! Six sold out shows in three days. Guy Raguin and his team did an amazing job.

PLUS, they sent us some great action pics which we’d love to share with you here.

Tim Ellis was made an honorary member of The Semerang Magic Community in Malaysia. 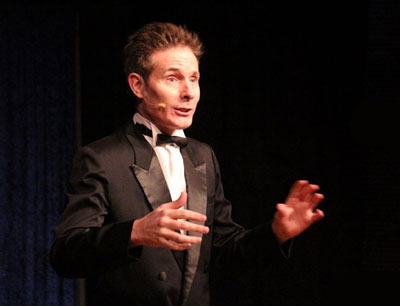 One of the most popular requests Tim gets is to compere events. Why? Because not only does he energise the audience whether he’s hosting a gala show, an awards night or an entire three day conf

Here’s a blast from the past! I just found this old clip from our performance on the Gala Show at the Society of American Magicians National Convention in 2000. (more…)