Cosentino’s dream has finally come true! Next week, the runner-up of the 2011 series of ‘Australia’s Got Talent’, will see his years of hard work pay off as his first ever TV special goes to air.

The show features illusions filmed at the Regent Theatre in March this year, several segments of Cos “out and about” performing impromptu magic, lots of behind the scenes footage plus a death defying escape that really takes him to a whole new level.
Tim Ellis is proud to have been magic advisor on the show.

If you’d like to catch Cosentino live he’ll be touring Australia next month but almost all of the shows are sold out. You may have to contact Magic Unlimited and book him to appear at your next function instead!   (03) 9486 4445

One of Tim’s favourite tricks 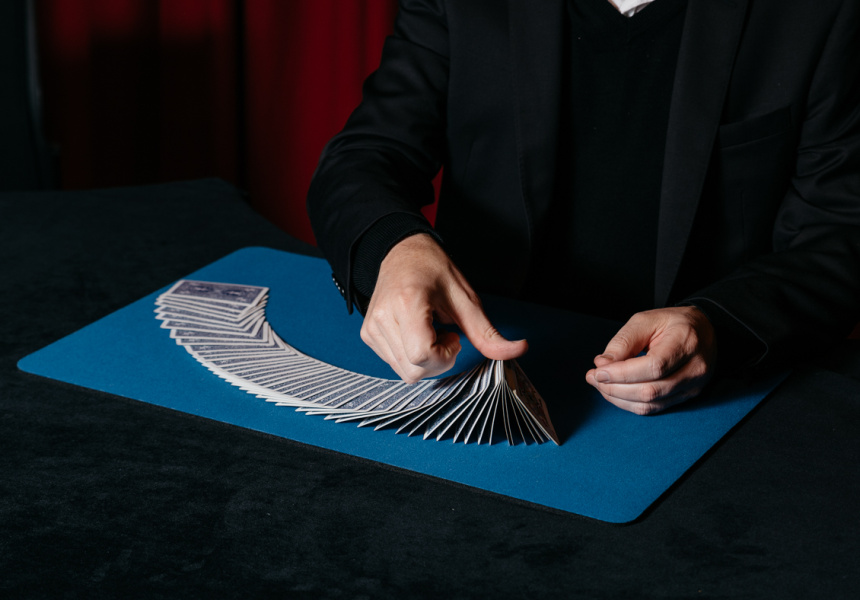 Here’s a little example of what goes on during rehearsals when playing with new magical concepts. Enjoy!