2014 has been a great year for magic and magicians worldwide, but especially here in Melbourne, and 2015 is already shaping us as being even bigger and better! I’ll let you know my exciting new plans shortly, but here are just a few of the highlights in store for ‘The Year of Magic’:

Opening on December 4 The Illusionists on Broadway has recouped its $1.75 million capitalization in just over three weeks. Only about 25 percent of shows on Broadway recoup and turn a profit each year. The show is running through Jan. 4 on Broadway, after which it will continue its 30-city tour across the United States before heading back to Broadway for a return season.The Manipulator, Yu Ho-Jin; The Anti-Conjuror, Dan Sperry; The Trickster, Jeff Hobson; The Escapologist, Andrew Basso; The Inventor, Kevin James; The Warrior, Aaron Crow; and The Futurist, Adam Trent. CLICK HERE TO READ ALL THE REVIEWS

THE ILLUSIONISTS 2.0 OPENS IN MELBOURNE

Starring Australians The Unusualist, Raymond Crowe; and The Enigma, Sam Powers; together with The Master Magician, Luis deMatos; The Deceptionist, James More; The Manipulator, Hyun Joon Kim; The Weapons Master, Ben Blaque; and The Hypnotist, Michael C. Anthony; this new production of the second edition of The Illusionists franchise will play to packed houses at The Victorian Arts Centre from January 16 to 25. CLICK HERE FOR MORE INFO

THE ILLUSIONISTS 1903 PREMIERES IN BRISBANE

The third instalment of the largest magic show in the world opens in Brisbane Jan 4 to 11 before heading to Adelaide Jan 15 to 25. Starring The Immortal, Rick Thomas; The Eccentric, Charlie Frye; The Daredevil, Jonathon Goodwin; The Showman, Mark Kalin; The Conjuress, Jinger Leigh;  The Clairvoyants, Thommy Ten and Amelie van Tass; and The Maestro, Armando Lucero; this show takes us back in time to “the golden age of magic” to “a time when conjurers were the rock stars of the day”. CLICK HERE FOR MORE INFO

From the creator of The Illusionists comes something completely different. Fresh from sell out seasons at festivals throughout Australia, Christopher Wayne and Mike Tyler take their naked comedy magic show on a national tour. CLICK HERE FOR MORE DETAILS

BAND OF MAGICIANS AT CROWN CASINO

Australian magician James Galea brings his troupe show to Crown Casino after a successful run at last year’s Sydney Festival. Together with Justin Willman, Nate Staniforth, and Justin Flom, the four magicians not only present their signature routines but band together to perform some spectacular group pieces throughout the show.  CLICK HERE FOR MORE INFO

Having had huge success with his TV specials both here in Australia and in dozens of countries overseas, Cosentino has just announced a brand new stage show called ‘Twisted Reality’ which will tour Australia throughout April. CLICK HERE FOR MORE DETAILS

As soon as his Australian tour wraps up, Cosentino heads to the USA to star in a brand new troupe show created by Criss Angel. ‘The Supernaturalists’ stars 8 international magicians including Criss Angel himself via satellite; The Mystifier, Cosentino; The Illusionist, Brett Daniels; The Joker, The Maestro; The Dog Whisperer, Johnny; The Mentalist, Banachek; The Street Magician Phenom, Adrian Vega; and The Femme Fatale of Legerdemain, Krystn. The show opens in June at Foxwoods Resort Casino with tour dates yet to be announced.  CLICK HERE FOR MORE INFORMATION

Attracting over 10,000 people over 13 days every year, it’s almost an impossible feat for The Melbourne Magic Festival to get any bigger… but impossible is their speciality! Featuring two legendary international guest magicians and a host of Australia’s best with shows, classes and competitions, the 2015 line up will be announced in April at www.MelbourneMagicFestival.com

Every three years the “Olympics of Magic” is staged as we seek to crown the World Champions of Close Up and Stage Magic. In July 2015 it will take place in Rimini, Italy with a huge line up of guest lecturers and performers (including Australia’s Raymond Crowe) to complement the main event – The World Championships. For the last two events Australia has brought home a prize thanks to Simon Coronel. Who will represent Australia this year? CLICK HERE FOR MORE INFORMATION

THE AUSTRALIAN INSTITUTE OF MAGIC GROWS

Building on the success of last year’s Melbourne Magic Nights, The AIM is hosting another year of monthly magic events for Melbourne magicians and magic fans. This year they will be staged at Dane Certificate’s Magic Theatre in Coburg and feature Junior Magician Sessions, Open Magic Sessions, MagicSports, and Workshops where magicians will try out new and experimental works. CLICK HERE FOR MORE INFORMATION

THE WORLD FESTIVAL OF MAGIC TOUR

Staged every year from October to December this nationwide tour will return with Australian Illusionist Michael Boyd as they travel from Cairns down the coast to Hobart before heading off to Perth. CLICK HERE FOR MORE INFORMATION

Every year Australia hosts a lot of national and international magicians appearing at Festivals including Fringe World Perth, The Adelaide Fringe, The Melbourne International Comedy Festival, Melbourne Fringe and more! To keep up with these appearances visit the What’s On page at The Australian Institute of Magic website by CLICKING HERE. You’ll also find listings for dozens of regular magic shows including:

OUR MAGIC AVAILABLE ON DVD

Hollywood has recently dipped into the magic hat to produce films like ‘The Illusionist’, ‘The Prestige’, ‘Now You See Me’ and ‘The Amazing Burt Wonderstone’, but there has never been a film that so accurately demonstrates the love our practitioners have for our craft as Paul Wilson’s ‘Our Magic’. This astonishing documentary features the absolute biggest names in magic and is now available on DVD and instant download – a must have for all magicians. CLICK HERE FOR MORE INFO.

Also coming in 2015 to DVD is the equally astonishing documentary on The Amazing Randi, ‘An Honest Liar’. CLICK HERE FOR MORE INFORMATION.

How to break into that conversation The fastest growing area of magical entertainment in Australia is close-up, or more specifically, strolling magic. The performer is invited to entertain the guests

Back from Happy Valley

Tim has returned from four weeks performing throughout Asia and the tour was a huge success! It began in Tokyo, Japan, at the TAMA MAGIC FAN MEETING where Tim performed on the Close Up Gala, The Stage 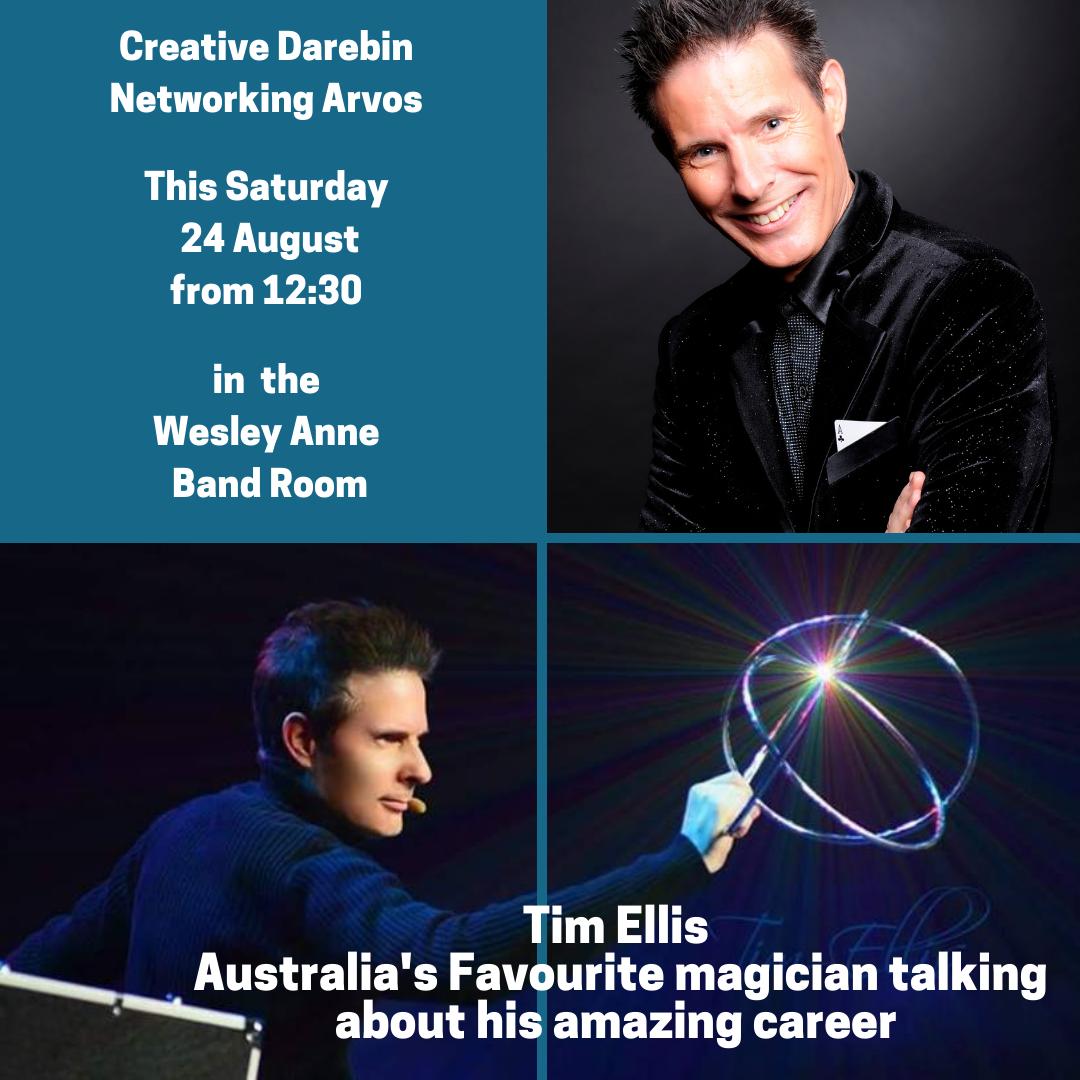