“The Laneway Theatre has received 5-star reviews from Tripadvisor, Herald Sun, Broadsheet and more! So if you want to be in on one of Melbourne’s best kept secrets, book your tickets to The Laneway Theatre at thelanewaytheatre.com. Bring your friends for a night, unlike anything you’ve ever imagined!“

After a full and very enthusiastic house last night, the show will be presented every Saturday night in April, with two nights already sold out and two afternoons booked by large groups for exclusive shows.

You can check out THE WEEKEND NOTES STORY HERE and visit THE LANEWAY THEATRE for more information.

“And that distill’d by magic sleights Shall raise such artificial sprites As by the strength of their illusion Shall draw him on to his confusion:” The latest production by The Austr 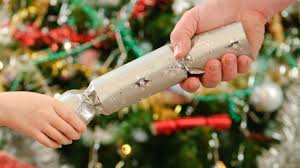 As some of you know, I make special Christmas Crackers for my family every year. Sometimes they contain quite odd novelties, sometimes just more powerful explosives, but they always have to have some