Tim was there performing demos and the reactions were incredible, with all of the preview editions selling fast as magicians were very keen to be the first to get their hands on this great new trick.

From there, Tim headed to the Pacific Coast Association of Magicians Convention where he filmed the instructional video for not just iDrop, but also the full iDrop package (coming later) as well as performing the whole routine in the Gala Show to a great response.

He even filmed a few “street magic” scenes, borrowing people’s phones and “accidentally” smashing them in two… the reactions were priceless!

Joshua Jay says “iDrop is incredible. One of the most exciting releases we’ve ever been a part of.” 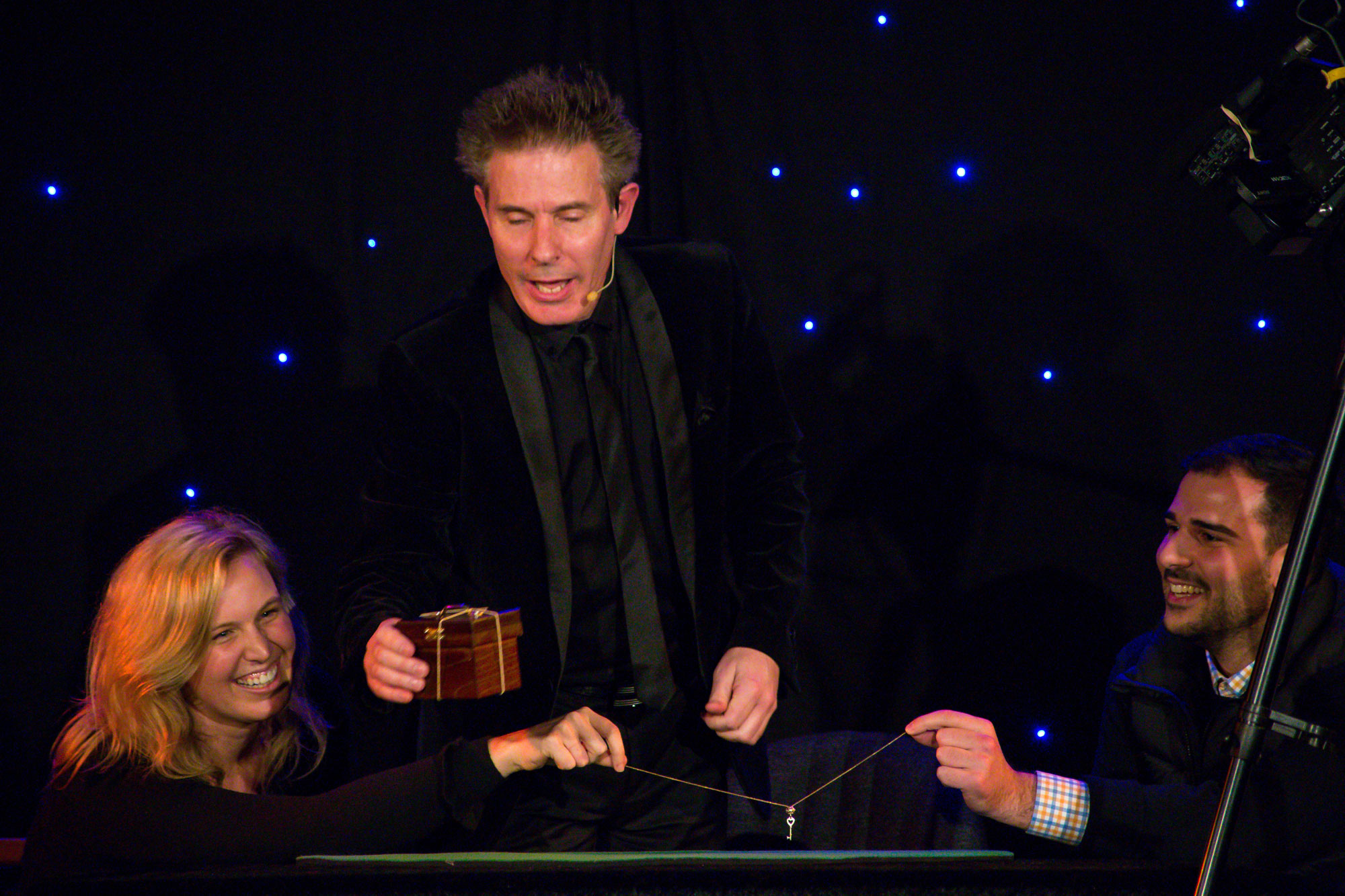 One of the highlights of The Melbourne Magic Festival is the annual Close Up Magic Gala Show. Every year it sells out, and every year it gets better and better. This year Josh Staley hosted the event

Hollywood: Live! was presented up in Brisbane last weekend with a brand new movie created especially for the Entrepeneur’s Organisation. ‘Alabama Bones and the Fuelstone of EO’ was

Tim Ellis in The Age

In this morning’s ‘Melbourne Life’ section of The Age, there’s a half page picture of Tim Ellis being levitated on a coffee table by Nicholas J Johnson. There’s also a lo