People often ask “What sort of a show does Tim do on a cruise ship?” Now, thanks to Jamsta Photography, you can see for yourself!

The legendary British magician Paul Daniels has come out on his Facebook wall to say he LOVES Tim Ellis’ signature card trick DECKSTRESS. This effect was created by Tim in 1992 and has been the

Tim Ellis not only hosted the recent TACC Awards Night at the Wrest Point Casino in Hobart, but he and assistant Natalie also provided a spectacular floorshow! It was a great night as you can see from 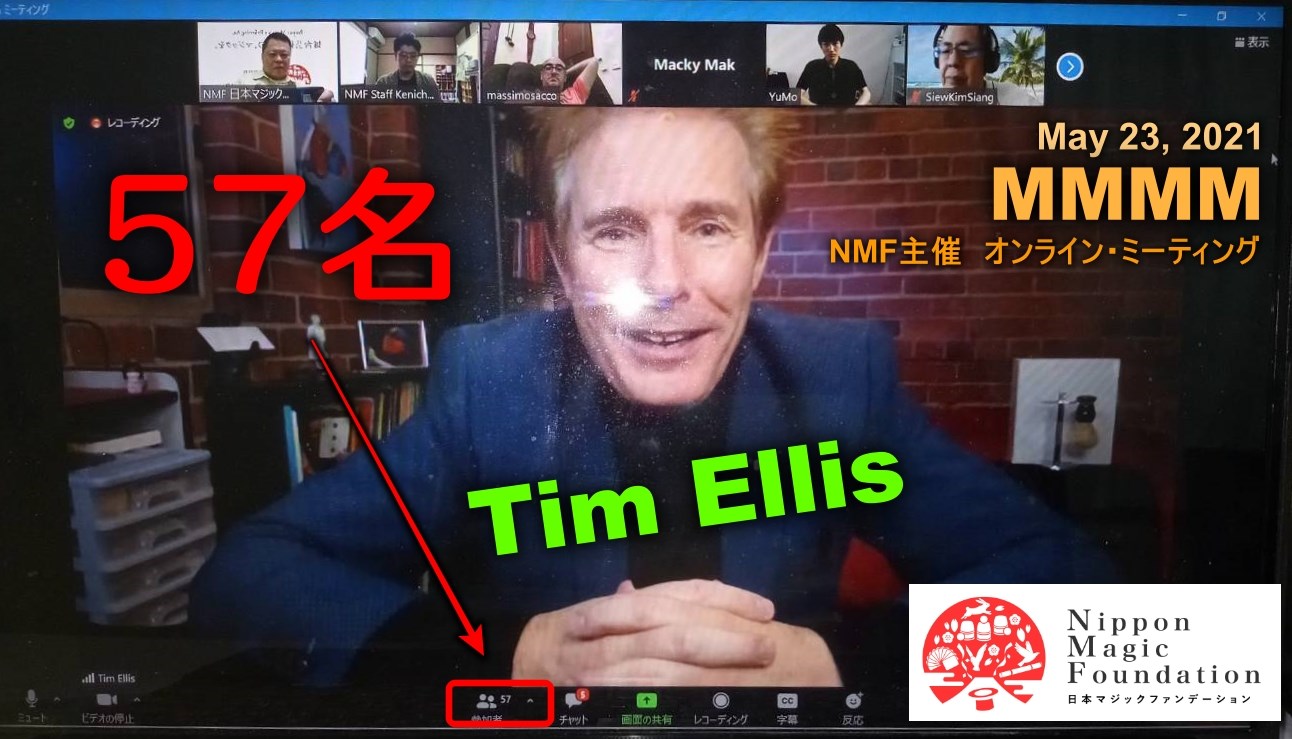 Despite the complete ban on overseas travel, Tim Ellis presented a one hour lecture to the Japanese MMMM Magic Society last Sunday night – via Zoom. The lecture consisted of some his classic