“The best linking rings ever”

It has been described as one of the most beautiful performances of the classic Linking Rings since Richard Ross. When I dedicated this performance of The Rings to my mentor, Lyndsay Reitschel, I never imagined just how much emotion would carry through to his audience. I definitely never imagined World Champions like Rocco and Soma saying it was the best linking rings they’d ever seen.

I was never a big fan of the Linking Rings, but when Lyndsay started teaching me some moves from Chris Capeheart’s classic ‘Stars of Magic’ routine, I was hooked.

Lyndsay ran a group called ‘The Young Magicians’ that began in the 1970s as an offshoot of The Magic Circle of Victoria. As the club did not accept young members at the time, Lyndsay started a group that met every Saturday afternoon for kids who really wanted to pursue magic seriously. I joined from 1978 to 1981 and Lyndsay taught, not tricks, but presentation. He taught how to perform and showed us all the tricks of becoming a confident performer. He taught stagecraft. 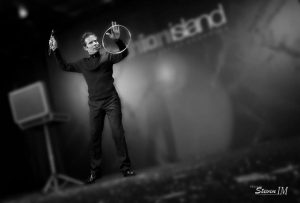 It wasn’t until 1982 that I started to perform the Linking Rings in public. I began working hard to establish the rings themselves not as props, but magical items imbued with genuine power. I worked with Michael Bond, my theatre director from Ivanhoe Grammar to make it the best linking rings we could – that’s where I developed the unique “table link”. Later I performed the routine throughout Australian schools as the white-face mime character ‘Bon’, in the ‘Star Magic Show’ with Terry Dansic. From memory, I think I performed the routine to Pachelbel’s ‘Canon in D’.

As I started to develop a reputation as a comedy magician, who talked and interacted with the audience, the gentler Linking Ring routine was put aside. After all, as many said at the time, “Not that old trick!”

From time to time I would try to work The Rings into my shows.  In 1988 I incorporated it into the first act I ever performed at The Magic Castle by having the rings form a TV antenna that fell apart when I touched it. For a while I performed it as a robotic character to the piece ‘Industrial Revolution’ by Jean Michel Jarre – but the piece, though visually intriguing with lighting effects and precise choreography, just didn’t fit the direction my magic was heading.

When Lyndsay passed away in 2002, I was saddened by how quickly the magic community had started to forget about all the work he had done to build several generations of young magicians. I wanted to do something to keep Lyndsay’s memory alive. 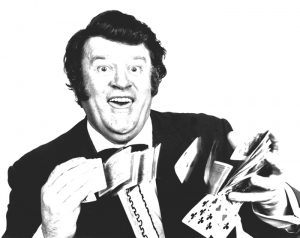 It wasn’t until many years later, at a corporate show in the Yarra Valley, I decided at the last minute I was going to close my show with the Linking Rings as a private thank you to Lyndsay. I would offer it to the audience as an encore.

Minutes before the show I went through my music collection and chose Mark Knopfler’s haunting ‘Going Home’ from the film ‘Local Hero’ and, because it takes a while in the music before the song really kicks in, I decided I would talk a bit about my mentor as the music began.

The reaction was amazing as people came up afterwards saying it was the highlight of the show, beautiful and moving, and made them remember the special people in their lives.

I decided then and there that, wherever possible, I would close my show with this tribute. I did find a more fitting song to perform it to, and since then I have been asked specifically to perform this routine at corporate shows and magic events all over the world. In fact, I was astonished and humbled when asked to perform it in the birthplace of the Linking Rings last year at the Beijing Carnival of Magic in China. It’s even been broadcast on Chinese television. 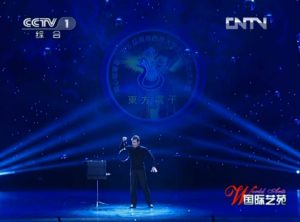 People often ask if I have a favourite trick… Runaround Sue? The Six Card Rap? The Ultimate Blades? The Can Resurrection? Bill to Banana? Deckstress? There are so many…. but I always have to go back to the oldest trick in the book, the one I’ve been performing now for over thirty five years, I don’t see it as the best Linking Rings ever, but it’s the best I can do and it’s an honor to perform it.

And thank you Lyndsay, for everything.

Tim Ellis’s FISM award winning version of the classic Cups & Balls has been described as “the best ever” and now over 80,000 YouTubers have watched and enjoyed Tim’s perfor