In December 2011 Melbourne magician Tim Ellis was flown to Hong Kong as guest performer and judge at the Asia Magic Championships and he was totally blown away by the innovative and astonishing magic he was lucky enough to witness.

Tim was so impressed he invited two of the very best performers to join him on stage in Melbourne because he knew no matter how much he raved about these Korean magicians, his Australian colleagues would have to see them to believe it.

This multi-award winning trio will present a show of truly world-class conjuring and illusion live on stage at Arrows on Swanston (488 Swanston St, Carlton) on Saturday March 10 (2pm & 8pm) and Yoo Hyun Min will lecture for the local magicians between performances and share some of his most amazing secrets.

At 17 a school friend of Hyun Min showed him his first magic trick and he was hooked. By 21 he had created his first award-winning act, joined a magic company, and become a full time professional magician.

At only 24 years old he is now acknowledged as the best Close Up Magician in all of Asia and will head to the UK in July to compete at the FISM World Magic Championships.

He practices his competition act 4 hours a day and spends the rest of his time creating and developing new acts. His dream is to one day open his own magic theatre and one day “create the most amazing magic in the world!!!”

Once you see his astonishing work with cards, you’ll wonder just how much more “amazing” he can get!

Seven years ago Eun Kyoung went to a restaurant with a friend and a magician performed a card trick for them. She was so impressed she decided to take up magic, created a 15 minute act, and began working in the restaurant herself!

Performing every single day was very hard, but Eun Kyoung says “it was a good opportunity to learn how to communicate with the audience.”

The inspiration for her magic comes from music, musicals and plays and she is constantly dreaming up new ideas for future acts. Almost every minute of her day is spent rehearsing and improving her existing acts and creating new techniques and effects for acts in various stages of development.

2012 will see Eun Kyoung performing throughout Asia, the UK, America and Australia as well as representing Korea at the FISM World Championships in July with her award-winning ‘Carmen’ act, acclaimed as one of the most beautiful magic acts in the world today.

Since being given a magic set by his Grandfather at the age of 10, Tim has never held a ‘real job’ in his life. He became so spellbound with the art that he has been a retailer, publisher, editor, author, inventor, lecturer, teacher, jury member, producer, promoter, director, film and TV consultant and his work as a performer has taken him around the world many, many times.

He is one of only two living Australians to be included in the world history of magic book ‘Dictionnaire de la Prestidigitation’, alongside Harry Houdini, Orson Welles and David Copperfield. He also holds the Guinness World Record for the longest ever non-stop magic show – 75 hours!

Tim has appeared on television internationally over 100 times and has been featured on the cover of several magazines. He’s also released many top selling magic DVDs and his latest book ‘Timeless Magic’ was just launched in December to rave reviews.

Teller (of Penn & Teller) says “He generously nurtures magic of all kinds and has the mind of an evil elf”, and comedian Lawrence Leung based an entire episode of his 2011 TV series ‘Unbelievable’around Tim’s award-winning act ‘Runaround Sue’.

In addition to his corporate performances Tim is the Artistic Director of the hugely popular Melbourne Magic Festival which attracts 10,000 magic fans annually in July.

Hollywood: Live! was presented up in Brisbane last weekend with a brand new movie created especially for the Entrepeneur’s Organisation. ‘Alabama Bones and the Fuelstone of EO’ was 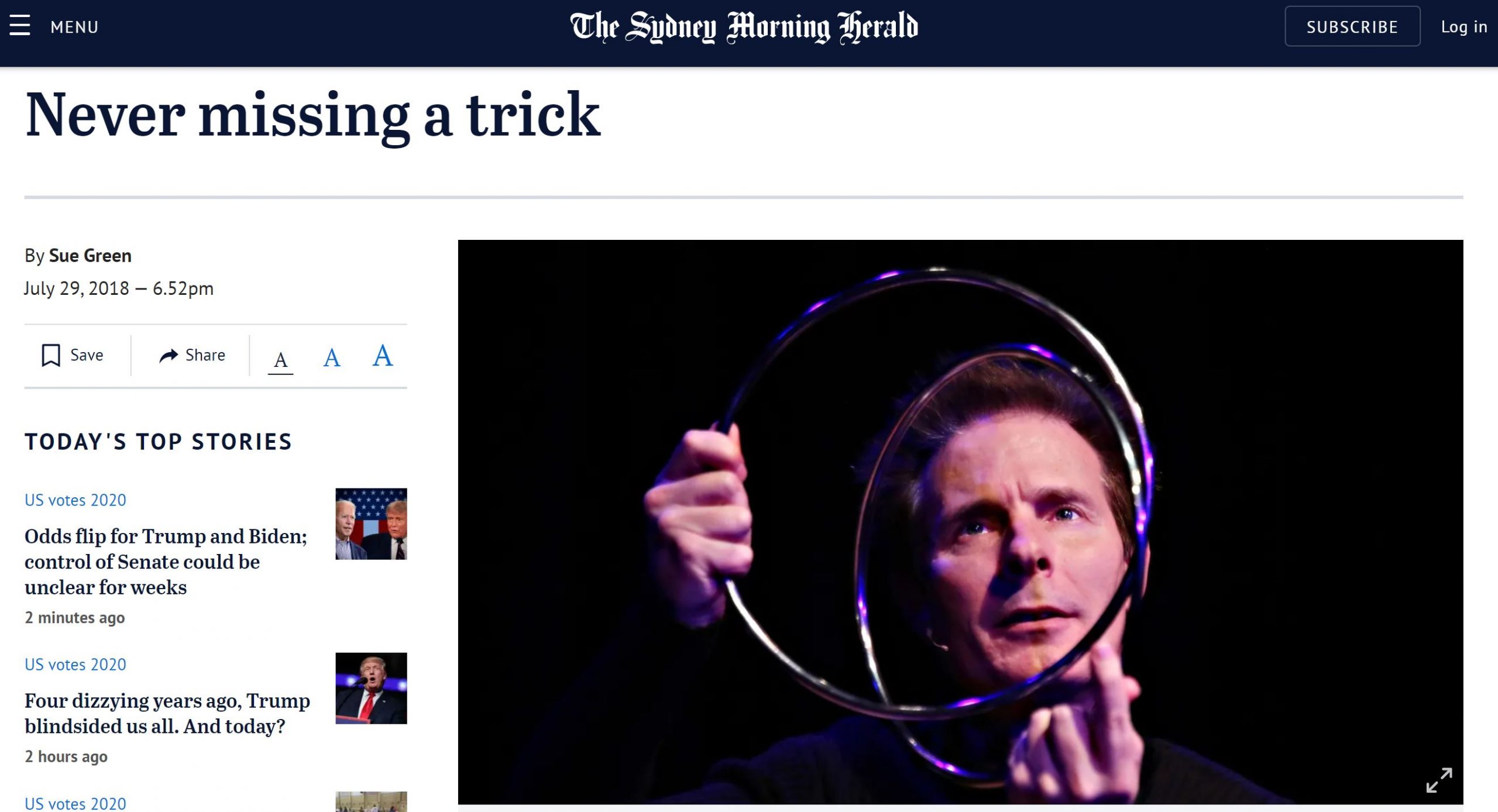 Tim was featured in THE AGE yesterday with a big front page story in the MY CAREER section. The story looks at how Tim has turned his childhood hobby into a 45 year internationally successful care